The negative result of Lilian Greenwood was delivered just 15 minutes after their test. 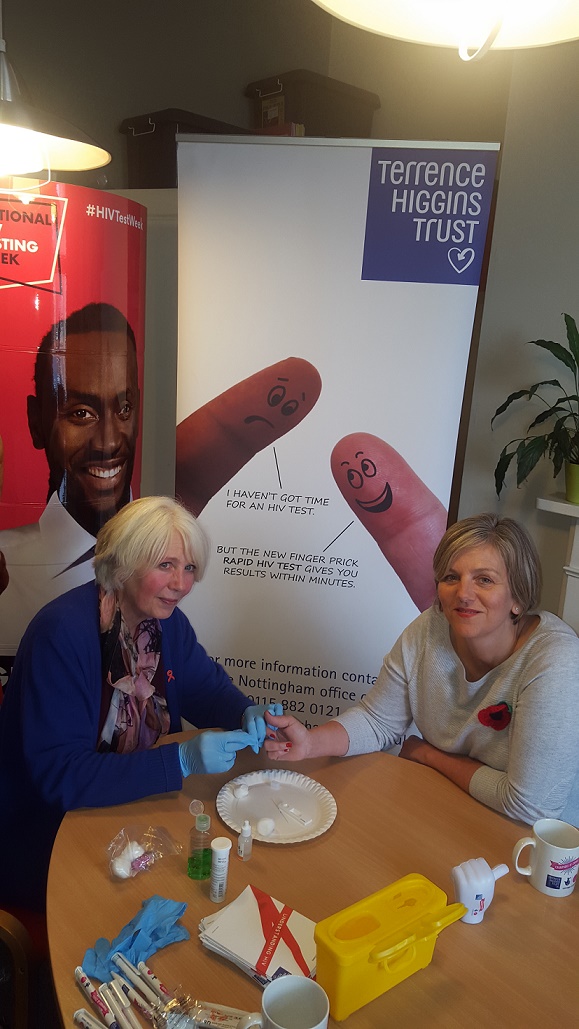 Organised by Terrence Higgins Trust and African Institute for Social Development, Lilian Greenwood MP met with volunteers and staff to discuss the importance of normalising testing and busting stigma.

National HIV Testing Week, which runs from 18th to 25th November, is run by Terrence Higgins Trust on behalf of HIV Prevention England. The week encourages people to take a painless, simple and quick HIV test, particularly those from the groups most at-risk of HIV, including men who have sex with men and black African communities.

The Terrence Higgins Trust offers rapid HIV testing five days a week by appointment and also at some weekends. This service is for anyone living in Nottingham or Nottinghamshire.

Lilian said “I was delighted to visit Terrence Higgins Trust in Nottingham and raise awareness of the importance of testing for HIV.

“As I found out today by taking a test -; testing is free, fast and simple, and it’s one of the best weapons we have to stop the spread of HIV.”

Sandra Spence, Nottingham Service Manager at Terrence Higgins Trust, said: “Early testing and diagnosis are key to combating this epidemic and we need to remove the stigma around HIV testing. There are  now a range of testing options available, from postal tests, to GUM clinics, community sites and home testing.”

Amdani Juma, African Institute for Social Development said:” ‘We’re delighted that Lilian Greenwood MP has taken the time to take a HIV test today and show just how quick and easy it is to be sure of your status.

“Today, if you test positive, effective treatment means you can live as long as anyone else, and medication reduced the amount of virus in your blood to such low levels that, you cannot pass on HIV.”

Find out more about National HIV Testing Week at www.startswithme.org.uk