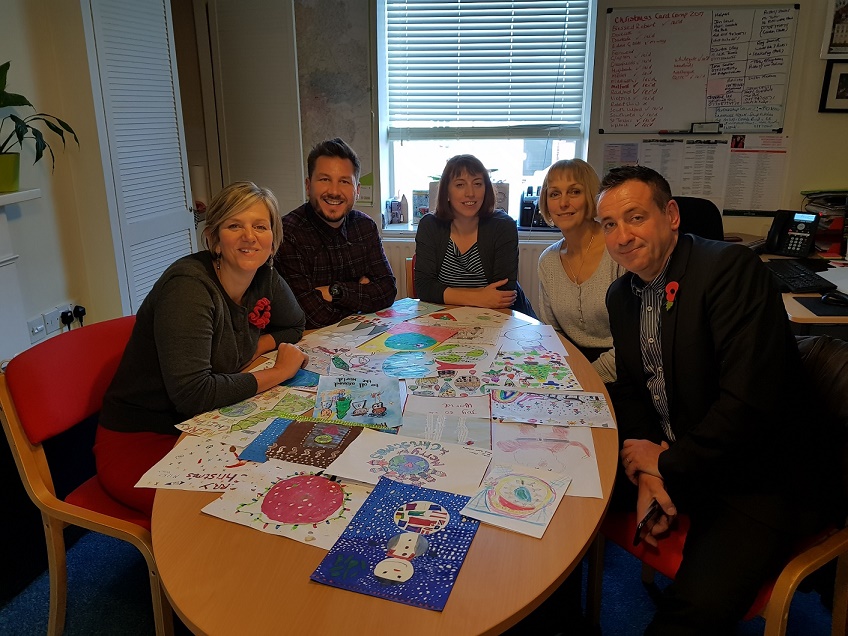 Helping to judge my Christmas Card competition this year was Nicola Tidy from NCT, Simon Rhodes from Robin Hood Energy, Mike Sassi, Editor of the Nottingham Post and Amanda Spruyt from the Nottingham Contemporary. We had a difficult task to choose the final winning designs as the standard was incredibly high again this year.

“Our theme this year was ‘Christmas Around the World’ and once again Nottingham South primary school children have shown what a wealth of artistic talent we have in our city. The judges had a hugely difficult task choosing one winner and three runners up from amongst more than 1,200 entries from 18 schools. I’m delighted with Leona’s winning picture showing children holding hands round the world – what a great message for Christmas. “ 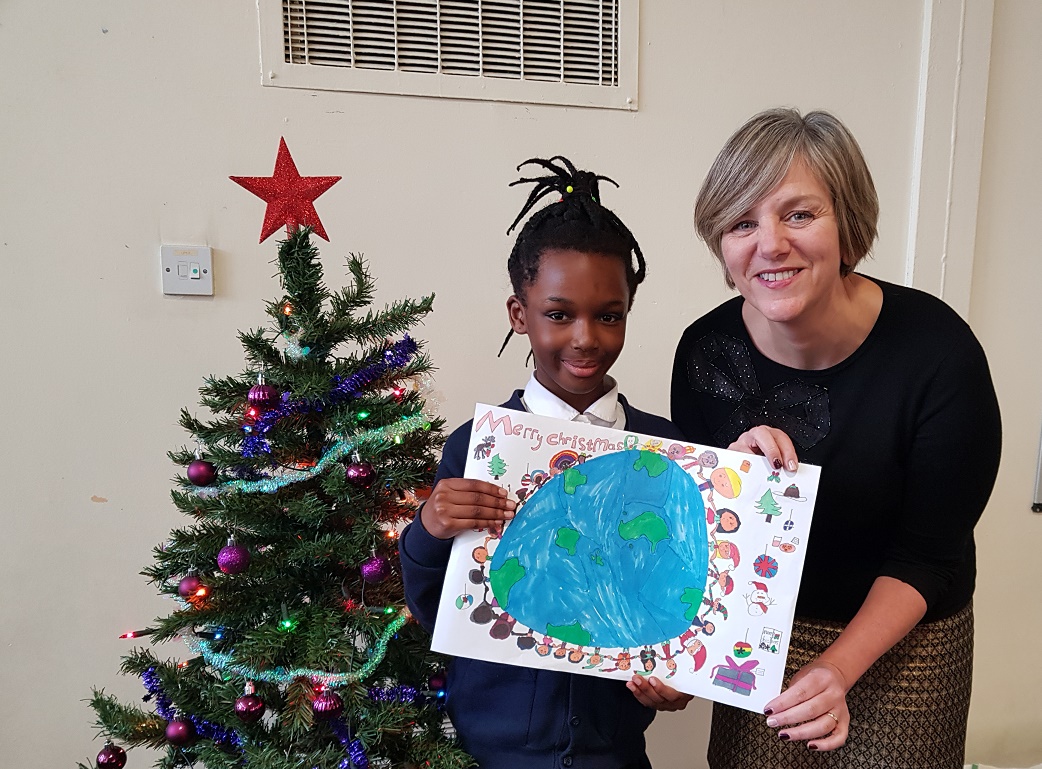 The winning design from Leona Arhin of Milford Academy, Clifton.  As part of her prize Leona and her family will be visiting Lilian at the House of Commons for a tour of the Houses of Parliament and lunch on the terrace overlooking the River Thames. Nina received a £100 voucher courtesy of Nottingham City Transport and 2 tickets to the Theatre Royal Pantomime, Beauty and the Beast.

The three runners up designs, featured on the back of the Christmas card were:- 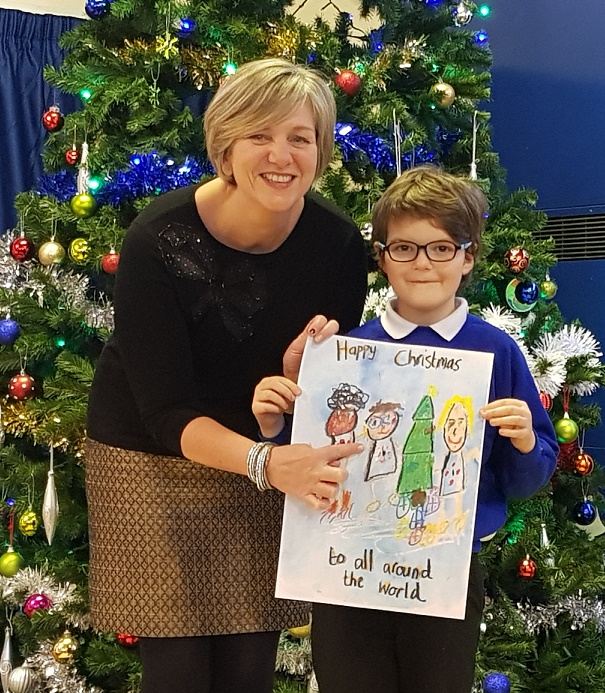 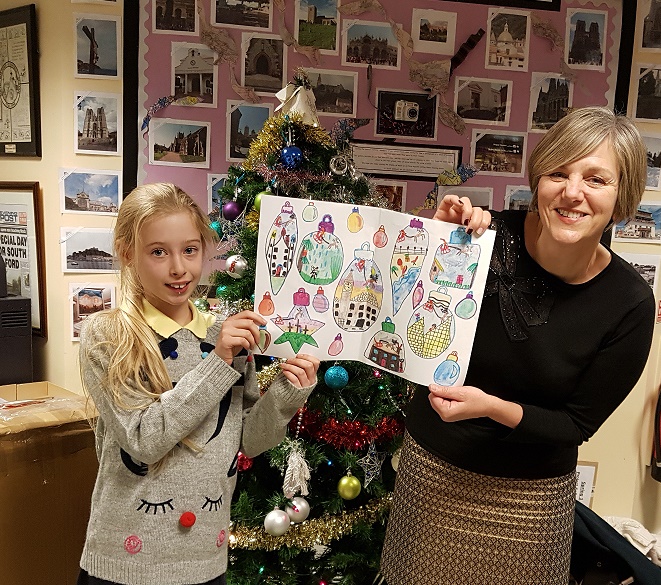 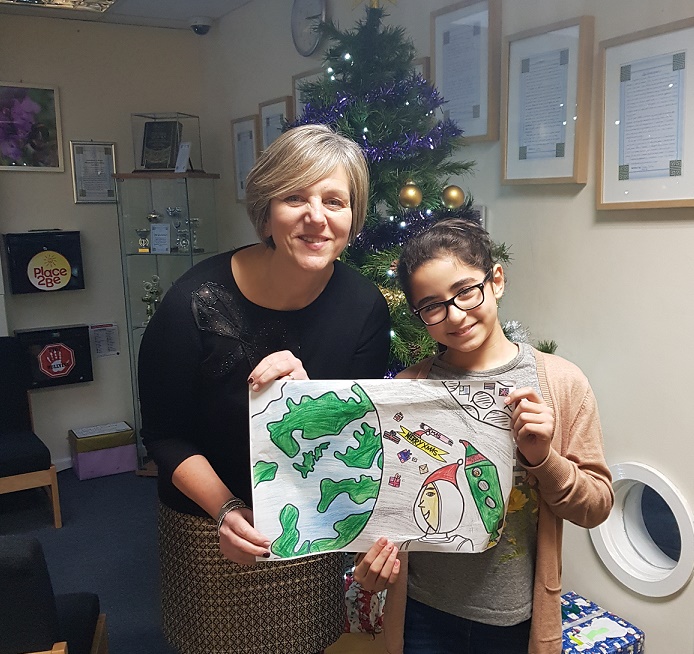 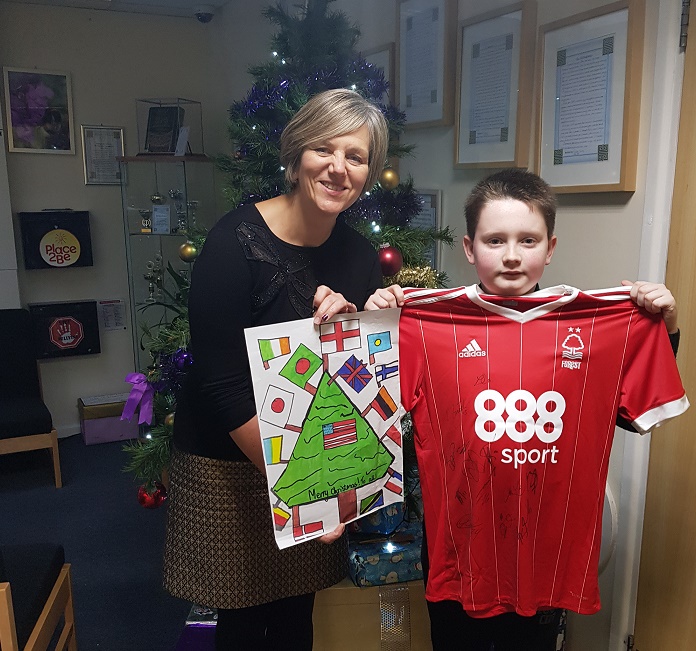 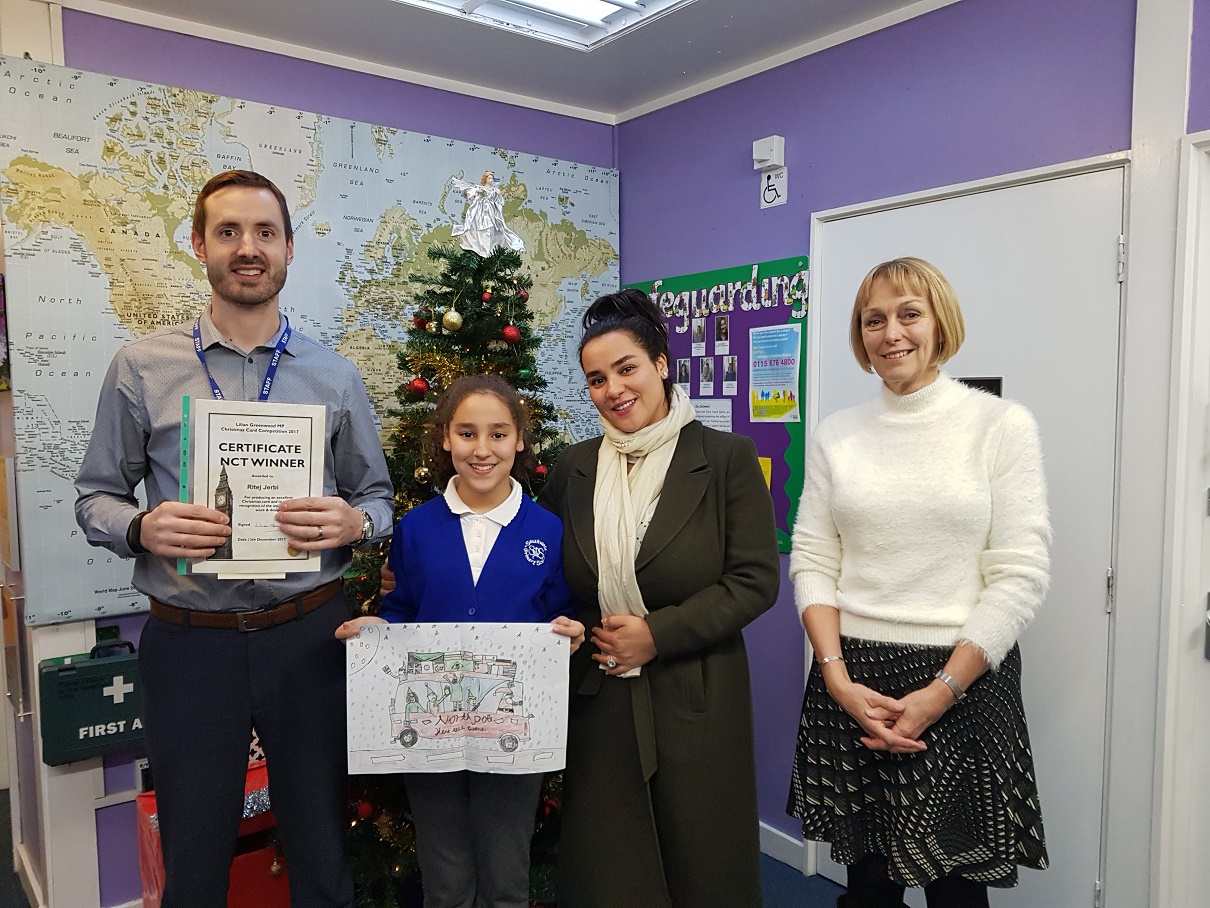 Our sponsor NCT with their winning design from Ritej Jerbi from Southwold Primary School, Radford. 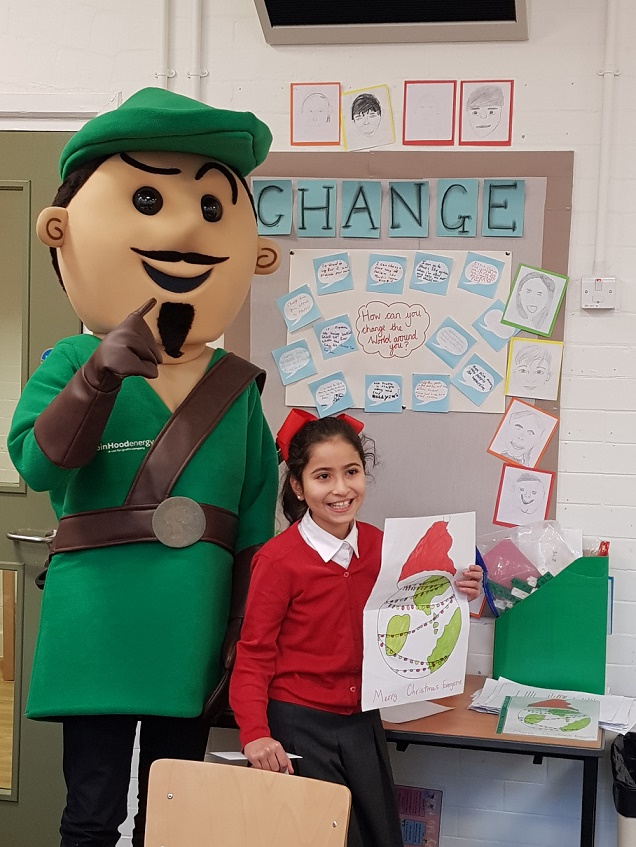 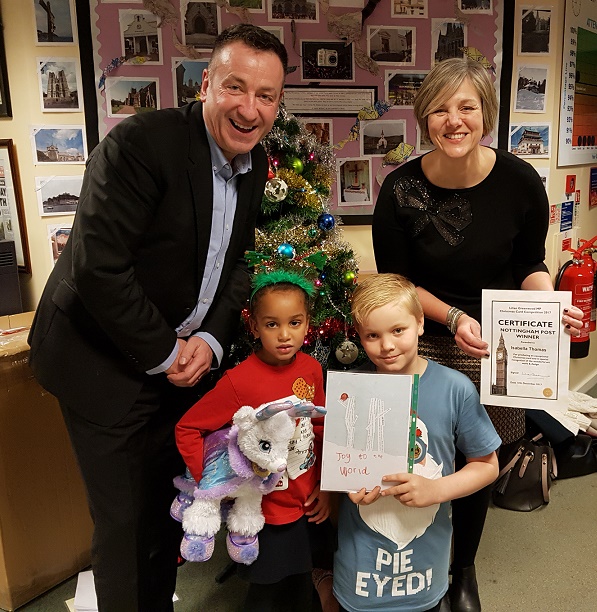 All of the winners and best in school winners designs from all 18 schools that took part in the competition this year, will be displayed in an exhibition at the Nottingham Contemporary on Saturday 16th and Sunday 17th December 2017.