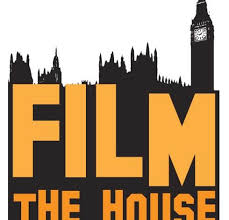 The competition, now in its sixth year, offers the opportunity to put local film-makers in direct contact with the movers and shakers of the two industries and to have the best of Nottingham South’s talent take front and centre stage. Judged by the leading lights of industry, with prizes ranging from work experience at Sky, mentoring from Lord David Puttnam, advice from screenwriters, a day on a film set and the winners’ films being screened.  Film the House competitions are a pioneering opportunity to showcase what Nottingham South has to offer, raising awareness about the importance of Intellectual property (IP) to our creative industries and country.

Lilian said: “I welcome the return of Parliament’s most-hotly contested competition, and would urge all local film-makers to enter Film the House. This is an excellent opportunity for Nottingham South to celebrate our local talent and, as all nominations are judged by industry experts, there is no finer chance for our film-makers to gain exposure.”

Dates for the 2017 competitions are:

30 August 2017: Closing date for MPs to announce their nominations/submit their respective shortlists to the final judging panel

More information on how to apply for the competition can be found at: www.filmthehouse.co.uk

What supporters of IP and the competition are saying:

Sir Kevin Barron MP, Chair of the All Party Film Group: “As the Chairman of the All Party Parliamentary Film Group, I recognise the importance of Intellectual Property; it enables filmmakers and scriptwriters to earn recognition and financial benefit from what they create. It is hard to think of a service, product or activity which in some way does not depend on IP. I believe that the IP system must aim to create an environment in which creativity and innovation can flourish. “I would urge you all to enter the Film the House short film competition as it is a great way of getting wider exposure for your films.”

Lord Puttnam, Producer of Chariots of Fire, The Killing Fields: “The UK has always been a hotbed of cinematic talent, which is why it’s crucial to constantly remind legislators of the importance of protecting and supporting this rich cultural economy. Film the House is an imaginative Parliamentary competition which manages to be fun whilst giving young creatives an opportunity to engage with their MPs, win fantastic prizes and all the while promote the importance of intellectual property rights. Those rights are the seed corn of your future -; that being the case, I can only urge every would-be film-maker to give it a go!”

Adrian Hodges, scriptwriter for My Week with Marilyn, The Musketeers, Primeval: “For me, as a writer of original television and film screenplays, the value of an IP is impossible to overestimate. A hit show might be worth many thousands of pounds in future income, but if I don’t own or retain a share of the IP, all that revenue goes to people who didn’t, at the end of the day, create or work on the show. Losing an IP in perpetuity is like losing a pension and potentially just as disastrous for writers.”