“Difficult decisions are now due”: the transport challenges ahead

The new chair of the transport select committee on the challenges ahead. 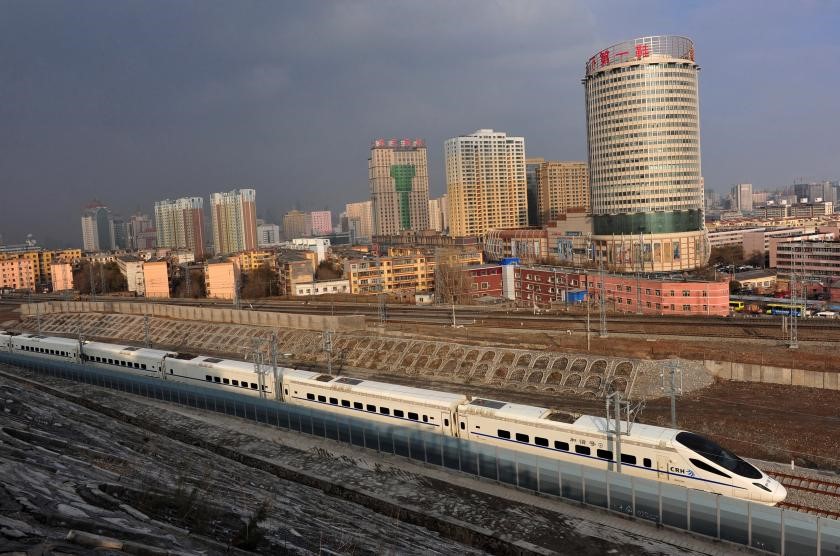 If Chris Grayling’s re-appointment was intended to project an image of steady continuity, the reality for transport in this Parliament is anything but.

Difficult but necessary decisions have been postponed for two elections. They are now due. Coupled with problems on existing programmes, the challenges facing the Department for Transport are significant.

A decision on runway expansion is now critically overdue. A final vote was expected this summer, but all bets are off while the Parliamentary arithmetic remains so fragile. Any further delays would be deeply damaging for both the UK economy and an aviation industry already beset by uncertainty over the possible loss of international landing rights after Brexit.

HS3 -; or Northern Powerhouse Rail -; has reached the point where it must make the transition from a drawing room blueprint to a properly defined and funded government-backed plan. Official enthusiasm for Crossrail 2 seems to have waned, despite the critical and growing capacity constraints on the London rail network. Grayling’s support for a diesel car scrappage scheme has raised expectations, but the plan may experience Treasury resistance. And, of course, the legislation to extend HS2 from Birmingham to Manchester and Leeds via the East Midlands is also due in this parliament.

As new programmes begin, existing projects are slowly unwinding. The DfT and Network Rail committed to a multi-billion pound investment programme without a clear understanding of its costs or deliverability. Important investment programmes, such as main line electrification and freight schemes, are now delayed, over budget, and at risk of cancellation. Maintenance work is now being cut back despite serious safety concerns raised by the regulator and rail workers. Highways England’s Road Investment Strategy -; which includes the flawed policy of removing the hard shoulder from motorways -; looks set to suffer a similar trajectory.

Every region has a long list of promised or half-promised projects, the delivery of which now looks in doubt. In addition, the new Bus Services Act is about to come into contact with reality for the first time, and it is likely that some operators will fight tooth and nail to defend existing, de-regulated structures. And, as Labour’s frontbench has said, a Cycling and Walking Investment Strategy has finally been produced, but there is precious little investment attached, raising serious questions over how the government will meet its target of increasing the share of sustainable transport journeys.

One of the Department for Transport’s most significant tasks has been its management of the rail franchising programme. Political attention has understandably focused on the question of ownership, but the existing franchise model is struggling on its own terms. Operators are exiting the market and the average number of bids is now below the department’s own target for realising value for money. Behind closed doors, it has been acknowledged that the risk of an operator defaulting has risen.

Ministers must make a significant choice. The status quo of direct awards to incumbent operators delivers neither the competition they want nor value for the taxpayer, but the alternative management contract model has failed on such a scale on Southern that it is not a politically viable option. Direct operation, which was successfully employed on East Coast and was championed in the recent Labour manifesto, is probably out of the question under a Conservative administration. And of course, the planned extension of Driver Only Operation -; an assumption of future franchise awards -; will be more difficult in a hung Parliament, which should lead to a reassessment of the Department’s industrial relations priorities.

Change is needed, but there are dangers associated with the remaining options that need to be taken into account. If a sudden decision was taken to radically change the existing franchise model -; such as by auctioning off lucrative intercity access rights, as proposed by the Competition and Markets Authority -; then there is a real danger that timetables could become unworkable. The UK’s world class rail supply chain thrives on certainty and contracts without it. With service quality and jobs at stake, effective scrutiny of rail policy will be even more important in this Parliament than in the last.

These are some of the imminent policy decisions facing ministers, but passengers may see things differently. Transport costs are an inflationary pressure on household budgets: regulated rail fares are up by 27 per cent since 2010; bus and air fares have risen by a third.

Proposals from the last parliament to improve travellers’ experiences, from advertising the cheapest available prices at petrol stations to motorway drivers and flexible rail ticketing, are in danger of falling off the agenda. Cuts to bus routes, investment delays arising from Network Rail’s financial difficulties and de-staffing proposals all have a negative effect on disabled passengers. These voices must be represented in the months and years ahead.

With so much going on, it’s welcome that more controversial proposals inherited from the Cameron administration -; such as the planned privatisation of the government’s remaining stake in national air traffic control services -; look unlikely to be pursued in a hung Parliament. The challenge for backbench scrutiny is to ensure that other important but stalled policy areas, such as updating the antiquated law on taxis and private hire vehicles or level crossing safety, are not left permanently in the ‘too difficult’ box.

As we head into this new and uncertain parliament, the transport agenda is crowded and congested. With no overall majority, effective scrutiny on a cross-party basis has become even more important -; but I’m confident that backbenchers can play their part in improving infrastructure and services for passengers, drivers, and all other transport users.

Lilian Greenwood is the Labour MP for Nottingham South, the former shadow transport secretary and the new chair of the transport select committee.