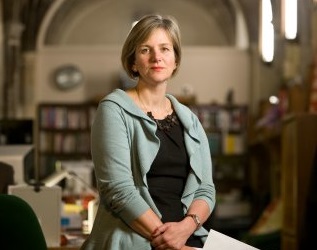 I wanted to set out as fully as I can my stance ahead of tomorrow’s vote on airstrikes against ISIS in Syria, and explain why I have decided to vote against the Government’s motion.

A vote on military intervention is one of the hardest, and loneliest, for an MP to make. We have been asked to take a decision that could be a matter of life and death for civilians we will never meet, and whose lives (and suffering after more than four years of civil war) cannot be reconciled to our own experiences. I felt I owed it to my constituents and myself to consider the arguments for and against intervention before reaching a position.

There has been no shortage of information, advice, or correspondence – and I am, truly, grateful for the time that many of you have taken to set out your views.  There have been passionate and well-reasoned contributions on both sides, and I have weighed the arguments as carefully as I can. Ultimately, however, this is a decision that must be taken on the basis of individual conscience.

There is no doubt that ISIS (also known as ISIL or Daesh) represents an existential threat to everyone who holds humane values in the West, the Middle East, and the other areas of the world to which the group’s reach extends. This is an organisation that seeks to exterminate minorities, subjugates women, and has ruthlessly suppressed the history, culture and freedoms of all those that it perceives as standing in its way.

The test that all MPs have been asked to consider is whether strikes against ISIS in Syria would make a meaningful contribution to ISIS’s ultimate defeat, and whether a credible plan is in place for ensuring that ISIS-held territory would not slip into chaos.

Everyone must come to their own view. Many of my colleagues have considered the issues carefully and come to a different conclusion. I do not criticise their position. There would be consequences, including possible unintended consequences, associated with an absence of military intervention in Syria, just as there would be with action.

The arguments are -; I believe -; finely balanced, and it is important that we hear both sides when Parliament considers the issue tomorrow.

I have had to make my own decision, and I respect the views of those who disagree.

I am not opposed to the principle of military intervention. Indeed, I accept the argument that airstrikes in Iraq have restricted ISIS’s capacity to advance, and that in co-operation with the Iraqi Army strikes have directly contributed to military reversals for the group -; and the liberation of those who had been caught in its grip.

Having listened carefully to the arguments put forward by the Prime Minister over the last week, I am not convinced that an equivalent ground force is in place in Syria. It appears that the 70,000 fighters referred to by the Government comprises the Free Syrian Army and a large number of disparate, localised groups. Their capacity to fill the void that ISIS would leave has not been proven, in my view, and the eventual scope of British intervention is therefore unclear.

As I have not been convinced, I have concluded that I must vote against the motion tomorrow.

I remain of the view that a combination of military and diplomatic measures are needed to fight, degrade, and ultimately destroy and discredit ISIS. There must be no loss of pressure for a political solution to the Syrian Civil War.

I know that this has been a long post and I hope that it explains my position.

I have received a large number of emails and messages from constituents and local Labour Party members, and I will do my best to respond to them all.