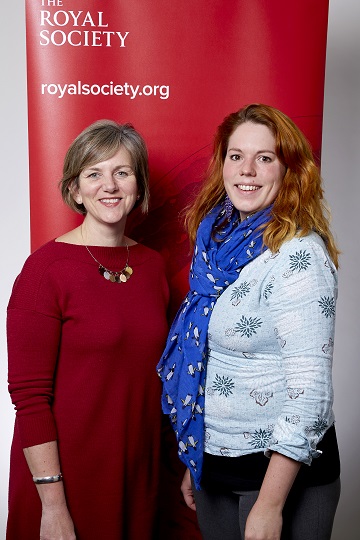 Lilian was delighted to take part in the 2015 Royal Society pairing scheme with Nottingham based scientist Rebecca Dewey.

The scheme pairs scientists with parliamentarians and civil servants so that they can learn about each other’s worlds and explore how research findings can inform policy making.

During the week Rebecca spent time with Lilian in Westminster to get a behind the scenes insight into how policy is formed and how their research can be used to make evidence based decisions. The visit also gave Lilian the opportunity to learn more about Rebecca’s research.

The week began with a reception in parliament where Jo Johnson MP, Minister for Science and Universities spoke about the value of UK research and the importance of the role of scientific advice in parliament. Nicola Blackwood MP, Chair of the Science and Technology Select Committee spoke about the Committee’s plans to investigate the evidence underpinning Government policies.

“In parliament I need to make decisions on complex topics. Building links with the UK’s top scientists helps me access scientific advice so that I can make decisions based on the best evidence available.

“Meeting expert scientists from my constituency and all over the UK is a great reminder that the UK is a world leader in science. We should use the expertise of our brightest scientists to provide evidence for policy making.”