Lilian supports campaign for a fairer contract for junior doctors. 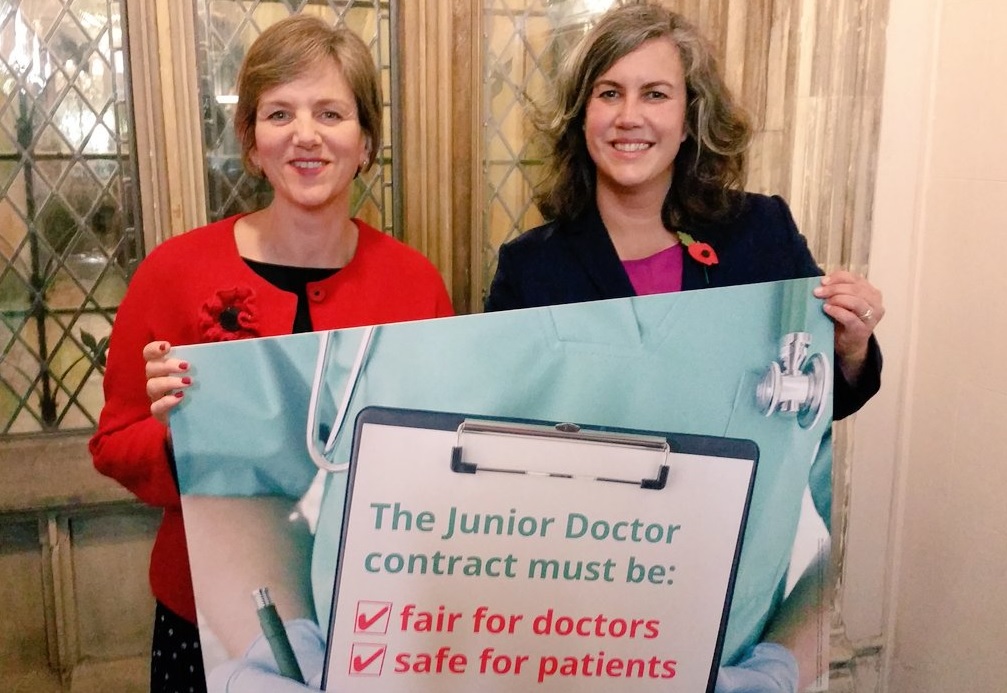 Lilian says the junior doctor contract must be fair for doctors and safe for patients.

“Jeremy Hunt’s handling of the junior doctor contract dispute has caused unnecessary anger, and is now a real threat to the recruitment and retention of NHS staff.

“The new contract must be safe for patients and fair for junior doctors. The dispute will only be resolved when both sides return to the negotiation table. For that to happen Jeremy Hunt needs to show he is willing to compromise, and put patient safety ahead of politics.

The full debate can be read here.