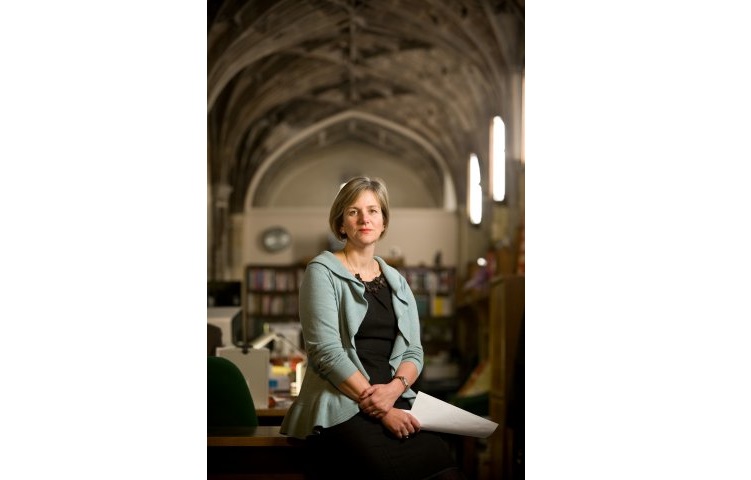 In Parliament, Lilian stresses need for further investment in science and research and says “Science is Vital” to Nottingham’s economy.

Please see below Lilian’s speech during the Westminster Hall debate on ‘Science and Research’.  The entire debate in full can be read here.

Lilian Greenwood (Nottingham South) (Lab): It is a pleasure to serve under your chairmanship, Mr Owen. I congratulate my hon. Friend the Member for Sheffield Central (Paul Blomfield) on securing this debate and on setting out so eloquently the vital role that science plays in his city, across the north of England and in the wider UK economy.

My hon. Friend demonstrated clearly the need for policy that supports an environment in which research can flourish. His concerns are clearly shared by colleagues across the UK, including in Nottingham and the wider east midlands, where they are felt not just by people working in our universities but by businesses large and small, and our local enterprise partnership, D2N2. Everyone recognises the key role that science-the life sciences, in particular-has to play in the future success of our region.

Our local authorities are also keen to promote regeneration and the creation of good jobs, and have identified the potential for science and technology to be leading sectors driving growth in our economy. But local and regional success requires national support, and the UK cannot meet the economic, health, security and environmental challenges facing our society without a Government who champion science and research.

My hon. Friend has already set out how Government investment in science and research creates a virtuous circle, leveraging investment from industry, raisingproductivity and creating more high-value jobs. Quite simply, if we want to grow the economy and make the UK globally competitive, investing in science and research is an effective use of public money. Indeed, a failure to commit to future investment will not only break that beneficial cycle, but undermine the UK’s competitive advantage and damage our economic outlook. Any Government who were serious about long-term economic planning would not be cutting the science budget, yet, unfortunately, over the past five years that is exactly what has happened.

As my hon. Friend said, the “Science is Vital” campaign has highlighted that freezing the science budget disbursed annually to universities and research institutes in cash terms means that its real value has fallen by around 15% since 2010-a decline that puts the UK firmly at the bottom of the G8 on Government support for science. In the UK, university research makes up a higher proportion of total R and D compared with our competitors. Far from crowding out other investment, that Government support attracts outside funding in; as my hon. Friend said, UK universities themselves have grown their own R and D investment by 40% in the past decade. We also have a very efficient research base, producing a much higher proportion of highly cited publications than might be expected. We punch above our weight.

A 2014 analysis paper by the Department for Business, Innovation and Skills recognised, however, that the UK’s long-term pattern of under-investment in public and private research and development was holding the UK economy back, and concluded that “a level of R&D spend consistent with securing future economic success is likely to be closer to the 2.9% average of our comparators. Public sector expenditure may need to rise more sharply in the short-to-medium term, partly to develop the necessary talent and partly to catalyse private sector investment.”

Last December, the Business, Innovation and Skills Committee reached a similar conclusion, recommending that the Government aim for a target of 3% of GDP to be spent on R and D by 2020. My first question is: how will the Minister ensure that the UK does not fall further behind or miss out on new opportunities, thereby risking the strengths that we have?

This is not simply an issue of the UK’s place in a global race; it is also a local issue-one that matters directly to my own constituency. Nottingham’s strength, particularly in life sciences, is long standing and well recognised. We have two world class universities, in the University of Nottingham and Nottingham Trent University, and one of the largest teaching hospitals in Europe. We are proud that BioCity, the largest bio-incubator in the UK, was established there in 2002, as a unique collaboration between our universities and the East Midlands Development Agency. It now sustains over 650 employees working for around 70 companies on its main site, undertaking innovation and turning science into economic propositions.

Those more recent developments build on our heritage. Nottingham has been home to Boots for more than 150 years. Its Lenton headquarters and manufacturing and logistics centres make it one of the largest private sector employers in the city. The development of the Nottingham enterprise zone, which includes the Boots site, provides huge opportunities for future growth, and MediCity, a collaboration between Boots and BioCitydesigned to support innovators in consumer healthcare, medical technology, diagnostics and beauty products, is already home to 40 start-up companies. Just last week, the D2N2 local enterprise partnership approved a £6.5 million grant of local growth fund towards a new state-of-the-art life sciences complex being built by Nottingham City Council to expand BioCity and create hundreds of new jobs in the city.

I welcome that and other Government-backed investment in capital infrastructure, but although high-profile announcements sound good and the strategic commitment to new facilities and equipment over the period 2016 to 2021 is welcome, without sufficient resource funding such new facilities will not meet their potential. Nottingham has all the building blocks in place, but adequate Government support for research remains critical. As has already been said, it is a question not only of the total value of research support, but of its regional distribution; my hon. Friend the Member for Blackley and Broughton (Graham Stringer) made that point forcefully in the debate.

Glenn Crocker, chief executive officer of BioCity, has also highlighted the fact that London and the south and east of England continue to receive a disproportionate share of total investment, both public and private. If the Government are serious about economic rebalancing-that is about not just a northern powerhouse, but the midlands as well-that situation needs to change. I hope that when the Minister responds he will set out how he intends to address the distortion and ensure that Nottingham, which certainly has the people, facilities and strong and viable business propositions, also gets the financial support it requires to build the thriving technology sector to which we aspire.

As an MP without a background in science, I have been fortunate enough to participate in the Royal Society’s pairing scheme, and the opportunity to build links with real practitioners has been very valuable. I approached my former pairs for their views before today’s debate, and one thing that they expressed was that concern about resource funding. As physics Professor Philip Moriarty succinctly put it: “There’s no point funding bright shiny new pieces of kit if there aren’t researchers there to use it”.

I would like to say more about the Medical Research Council Institute of Hearing Research at the University of Nottingham, which I visited last week, its huge contributions and how it operates in a multidisciplinary environment, which is one of the most important aspects of our universities and can be a catalyst for new thinking. People may remember the story that appeared in the press about a 10th-century potion for treating eye infections, which was discovered by an Anglo-Saxon expert from our school of English. It was tested by bio-medics and found to be successful in tackling MRSA, which scientists have been trying to do for some time. The ability to work in a cross-disciplinary way is important.

The importance of blue-skies research should not be forgotten. Peter Mansfield is famous in Nottingham for building the first magnetic resonance imaging scanner, but he started with a physics experiment on solid-liquid interactions and did not anticipate the impact of hiswork.  Often the impact of work is difficult to predict or quantify, and we must not lose blue-skies research in the drive for value for money.

I have three things to say to the Minister in concluding: first, what commitment is he making to knowledge transfer partnerships? They are among the most important long-running Government growth and innovation initiatives. They celebrate 40 years this year and are valued in my city. Secondly, is he willing to discuss with the Home Office the effect of immigration rules-particularly those on post-study work visas, which my hon. Friend the Member for Sheffield Central mentioned? At a time when we are particularly conscious of women’s role in science and research, and when it has been in the press spotlight-yesterday was National Women in Engineering Day-what do the Government intend to do to ensure that we celebrate the talents of everyone who would like to be involved in science research? There is a persistent gender imbalance.

Finally, I invite the Minister to visit both the universities in my constituency, if he comes to Nottingham. Alternatively, if he and his colleagues find themselves in Ningbo in China or Kuala Lumpur in Malaysia, I invite them to visit the extraordinary campuses of the University of Nottingham. More than 11,000 students are studying there for British degrees, and carrying out cutting-edge research, creating a bridge between the UK and Asia.