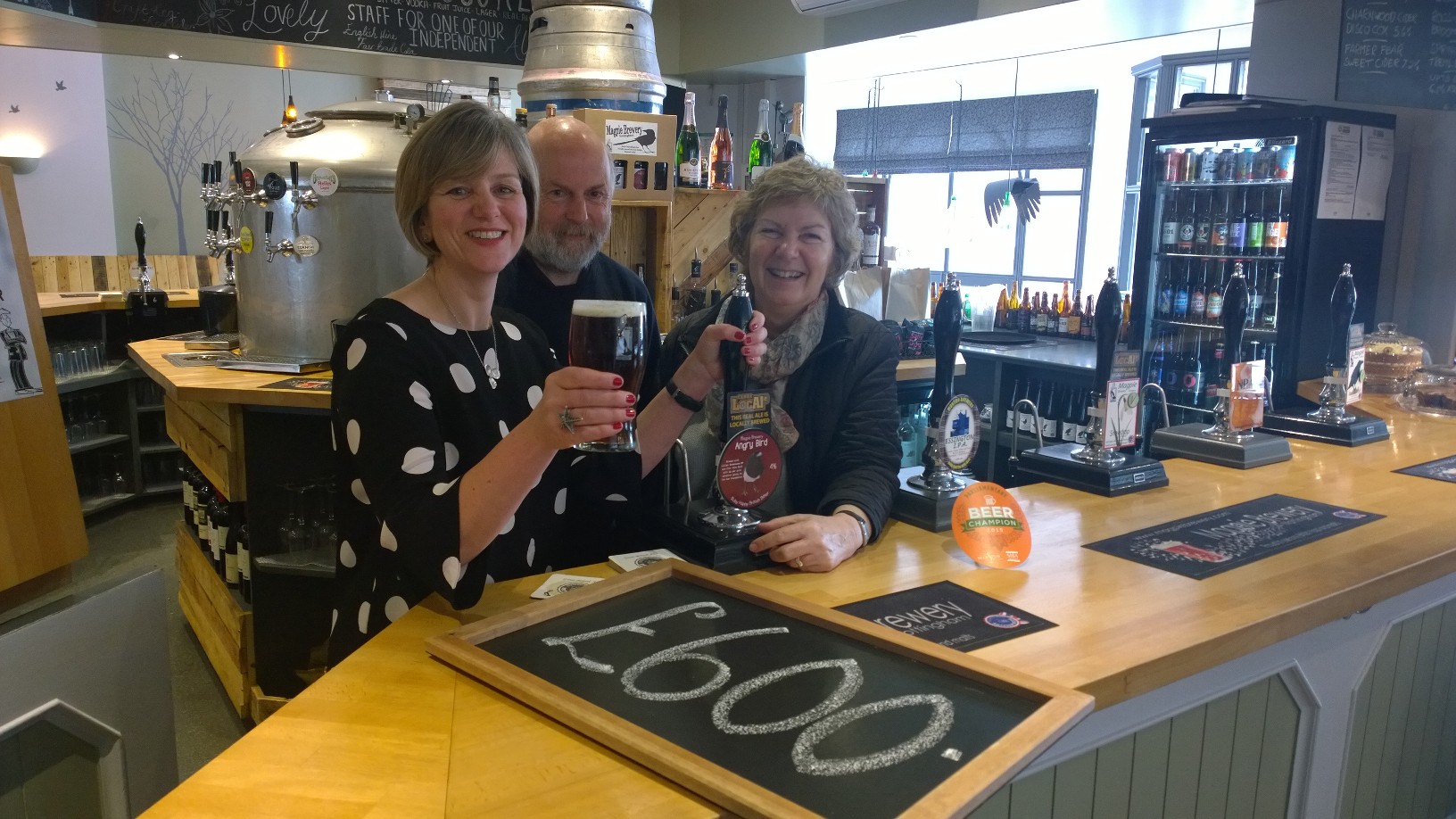 Lenton-based hearing loss charity, the Ear Foundation, is celebrating after receiving a £600 donation from Nottingham’s Magpie Brewery and their tap the Crafty Crow.

The money was raised through sales of Magpie’s number one selling beer, ‘Angry Bird’, which was commissioned by Nottingham South MP Lilian Greenwood, and produced after she visited their Meadow Lane site last year and was guided through the brewing process.

Lilian was also invited to sponsor a local charity through sales of the beer. As a long-term supporter, she chose the Ear Foundation.

The ruby red bitter proved a hit and became part of Magpie’s permanent range and, with two pence donated to the Ear Foundation for every pint sold, the money raised soon mounted-up.

“As a real ale enthusiast, I was delighted when Magpie asked me if I wanted to try my hand at brewing a beer. It’s a really nice surprise that ‘Angry Bird’ has been the Crafty Crow’s top-selling beer and that they’ve raised so much for my chosen charity, the Ear Foundation, who do amazing work helping people with hearing loss.”