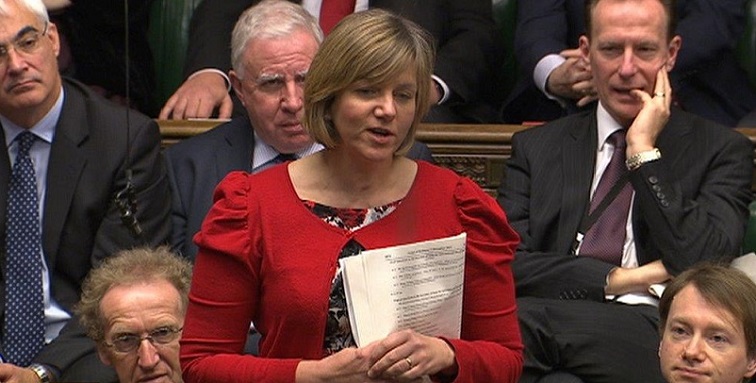 Lilian holds a Commons debate on the availability of affordable housing and says that the next government has to improve the quality of housing and end the scandal of cold homes.

Speaking ahead of the debate, Lilian wrote this article for Politics Home:

Everyone should have access to a home that is affordable and built and maintained to a decent standard, but instead Britain faces a serious housing shortage -; and the Government’s policies are making things worse.

In 2010, the Government cut funding for affordable housing by 60% and cancelled vital projects – like the £200 million redevelopment of the Meadows area of my constituency, which would have transformed the lives of residents in one of the most deprived wards in the country.

In Nottingham, 3,000 households are affected by the Bedroom Tax in local authority owned properties alone, and hundreds more housing association tenants have also been hit. I have fought on behalf of my constituents who have been left without means and with nowhere to go, but the Government has remained unmoved.

The reality is that people cannot just find more ‘suitable’ accommodation, as the Government insists they should, because housing supply is seriously constrained. There are almost 10,000 individuals and families on the housing waiting list in the city, with a particular shortage of small properties for anyone wanting to downsize. Meanwhile, the Housing Benefit bill for private tenancies has almost doubled in Nottingham since 2010.

A new approach is needed. Four years ago, David Cameron promised ?to ‘get Britain building again’ but in reality housebuilding has fallen to a peacetime low not seen since the 1920s, and the number of homes built for social rent is at the lowest level for 20 years. We can’t go on like this.

We urgently need to scrap the Bedroom Tax and put in place a better plan that will see 200,000 homes a year built by 2020, new powers for local authorities, and action to tackle rip-off fees in the private rented sector – as Emma Reynolds and the rest of the Labour’s DCLG team have set out. We also need to improve the quality of housing and end the scandal of cold homes.

I will be making that case in this morning’s debate. After five failed ?years from this Government, homeowners and tenants deserve better.