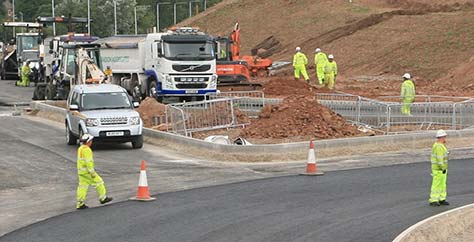 Nottingham South MP, Lilian Greenwood, has welcomed new plans to limit disruption in Clifton due to the A453 widening scheme reaching its final stages.

The MP, whose constituency includes Clifton, called for an urgent roundtable meeting to deal with the issue, which took place on Friday.

1. Re-open the southern end of Farnborough Road to two-way traffic as far as Bransdale Road.

2. Reverse the direction of the one-way traffic flow along Farnborough Road from Bransdale Road to Holy Trinity.

The final plans were confirmed at a meeting today and will come into force next Sunday ahead of schools returning from half-term holidays on Monday 23 February.

“I’ve been in Clifton looking at the problems for myself and talking to residents about possible solutions. I organised a public meeting last Thursday so that people living in Clifton could get their voices heard and received dozens of phone calls, emails and social media comments.

“The plans that have been agreed are exactly what Clifton residents told me were needed and have been warmly welcomed by Nottingham City Transport too.

“I’m delighted that my constituents’ concerns have been properly recognised and that everyone has worked with me to find a solution.”