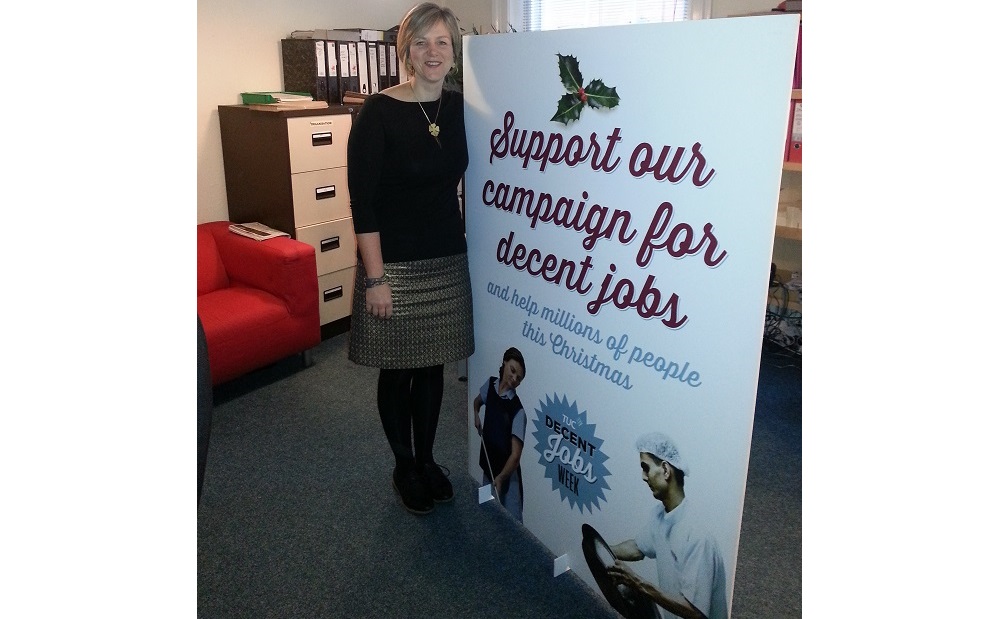 Millions of people in the UK are trapped in low paid, insecure jobs.  There are more than 1.4 million zero-hours contracts in use, offering no steady work.  Others, such as agency and casual workers, lose out on important rights and benefits.

David Cameron’s failure to deliver a recovery that works for all working families has led to rising levels of low pay and job insecurity. People are working all the hours they can but are struggling to make ends meet in low paid jobs. This means taxpayers are spending billions more on in-work housing benefits and tax credits. It’s another example of Tory Welfare Waste, with the failure to tackle the root causes of social security spending pushing up spending.

From 15 to 21 December, the TUC is organising Decent Jobs Week, a series of events across England and Wales that will raise awareness about Britain’s jobs’ crisis.

The TUC is campaigning for:

2.  The same decent employment rights for all

5.  Better access for all worker to union representation and collective bargaining.

“Labour will get a grip of low pay and Tory Welfare Waste by raising the minimum wage, giving incentives to businesses to pay a Living Wage, boosting the number of apprentices, banning exploitative zero hour contracts and building an economy that works for everyone.

“Only a Labour Government is committed to tackling the scandal of low pay by significantly increasing the minimum wage, providing incentives for employers to pay the living wage and delivering on the promise of equal pay for women and their families across the country.”